The second phase of work to desilt the lake on Newton Park campus begins this month, aiming to restore the condition of the lake and improve habitats for resident wildlife.

The work is part of the University's ongoing commitment to the historic and ecological value of the Newton Park campus, alongside obligations under the Reservoirs Act.

The lake is a popular feature of the campus among students, staff and the local community, and is home to a wide range of flora and fauna including herons, cormorants, kingfishers and our famous mute swans.

Silt deposits have accumulated over 20 years due to upstream erosion, and their removal ensures the ongoing health of the lake ecology, restores the historic visual state of the lake, and improves the lake's capacity to deal with flood events.

The phase two works will be split into two parts – the removal of silt and vegetation from the lake, followed by spreading of the silt on neighbouring farmland. 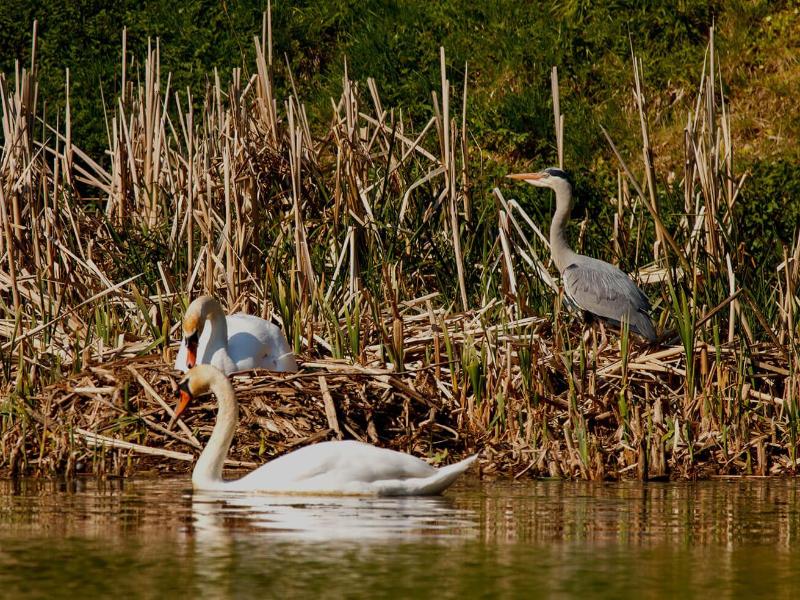 Craig Smith, Head of Maintenance and Grounds at Bath Spa University said; "The timing of the construction phase of the work is important as it coincides with a small window of opportunity we have between the end of the waterfowl breeding season, and the point where the weather normally breaks for autumn in October. It also aligns with the crop harvest which is essential for giving us somewhere to spread the excavated silt.

"In preparation for the works, we have undergone various ecological surveys to ensure the impact to our resident wildlife is minimal, and we also plan to relocate the fish population to the lower lake in partnership with Bathampton Angling Association."

This work follows the first phase of desilting in April 2021, which used silt from the upper part of the lake and soil from the castle embankment to repair the lower lake dam. Phase one also included the creation of a temporary haul road from the lake to a neighbouring farm field in preparation for the phase two works.

Desilting work will start on 13 September 2021 and is expected to last for about eleven weeks. Please note that during this time, the lakeside path will be closed between the bridges at either end of the lake.

West of England to receive £1.18 million boost to transform the visual arts in the region thanks to new partnership