Bath Spa students have been working hard in the runup to the festive season to help spread lots of theatrical cheer.

Our students are heavily involved in ‘Five Children & It’, an original Bucket Club production commissioned by The Egg for the Christmas show. They developed props and set elements, working to the design by Rebecca Wood. 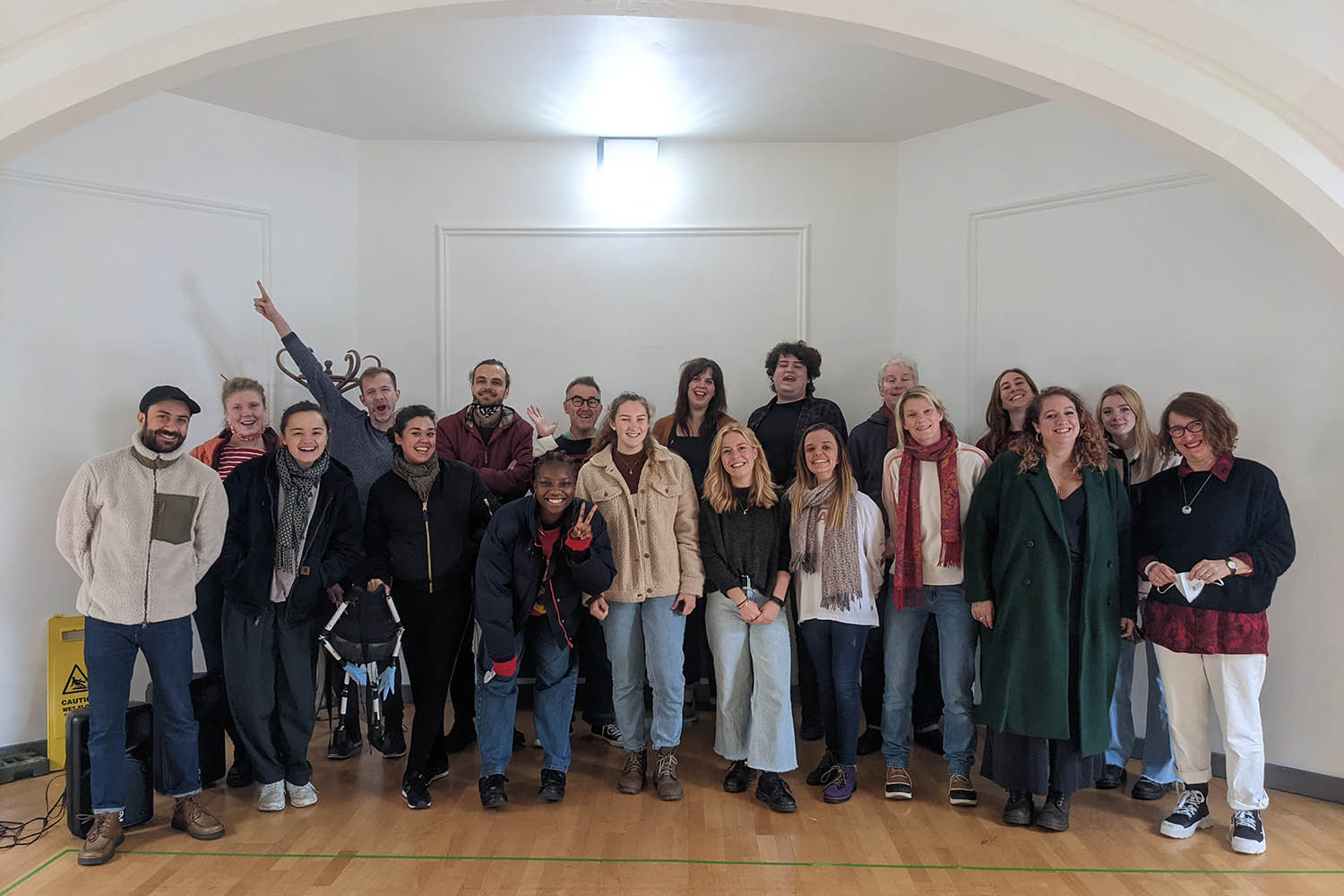 “This has been vital to developing the design concept and has also been a brilliant opportunity for students to work alongside freelance professionals on a live, audience-facing project,” Andrea Harris, Head of Development at the Theatre Royal, said.

“Bath Spa students have been instrumental in designing and making some key props (trebuchet and piano), theatre, festival and event production.”

“The role of Stage Manager is key in this kinesthetic piece where the set dissolves around the actor to become a live play space for very young children. On Wednesday year 1 school children from WASPS came to a special performance of this production. They were a test group for our new Wonderfund Appeal – a campaign running over Christmas to fund free school tickets for local schools in 2022,” Andrea Harris said.

“Snow Mouse is a long-standing Egg Production that is being re-mounted this year in the Roper Room after Christmas and is a firm favourite for local families.”

“The relationship between Bath Spa University and the Theatre Royal Bath is truly symbiotic. It is at the heart of a local, cultural ecosystem connecting young people to careers in theatre. Many progress on to a host of brilliant higher education destinations including RADA, Bristol Old Vic and Bath Spa University.”

The Theatre Royal offers placement opportunities across all aspects of the organisation where many students are connected to their first freelance projects.

After graduating, the relationships they have built on placement often form their route into other commissions or paid roles, including opportunities to tour nationally or transfer projects to the West End.

“The Cultural Partnership relationship is at the heart of these opportunities and we wouldn’t have it any other way!”

Two BAFTAs for show produced by film and media lecturer