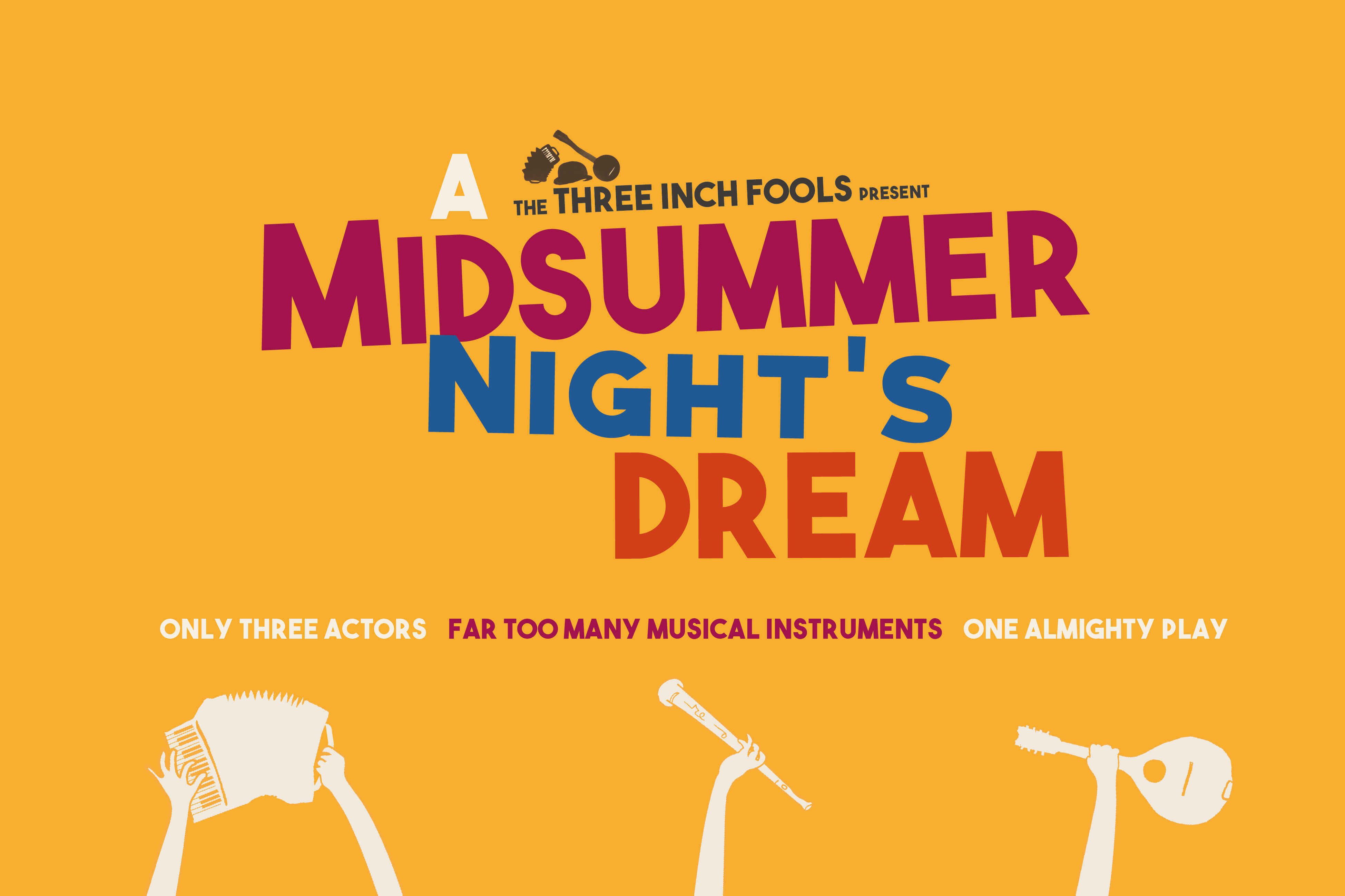 Shakespearean troupe The Three Inch Fools are set to tour several open-air venues, including the garden at Bath’s Holburne Museum, which they’ll visit on Thursday 3 September.

Following the coronavirus outbreak and the nationwide lockdown, the Cumbrian troupe put plans for their annual summer tour on hold. When it was announced last month that outdoor theatre could go ahead in England, they quickly started planning a comeback tour.

The strictly limited tour, which was made possible by the generosity of the troupe’s fans and donors, will feature socially distanced audiences, one play rather than their usual two, and three actors instead of the company’s customary five. Between them, they’ll take on over 20 characters in one of Shakespeare’s best-loved comedies.

“The theatre industry is facing one of its biggest challenges ever, and the road ahead remains uncertain. But for companies like ours, the opportunity to bring culture back to some of our nation’s most-loved spaces is exciting and humbling. After months of lockdown and hardship for so many, the joy and vitality of live performance is today needed more than ever.”

A Midsummer Night’s Dream at The Holburne Museum

This will be an outdoor performance with social-distancing measures in place, and will start at 7.00pm, with picnics welcome from 6pm. The performance will last approximately 90 minutes (with a 20-minute interval). Tickets for the Bath performance are available online, and must be booked in advance.

About The Three Inch Fools

The Three Inch Fools was founded in 2015 by brothers James and Stephen Hyde with the aim of bringing physically charged and musically driven productions of Shakespeare’s plays to a host of unique and historical locations across the UK. So far, the troupe has performed at over 120 venues to almost 55,000 audience members. See their full list of performances.

Students and graduates to benefit from renewed Santander Universities partnership