These two new inductees are an inspiration to the Bath Spa University community, and have been given their awards in recognition of their outstanding achievements, and excellence, in their respective fields. 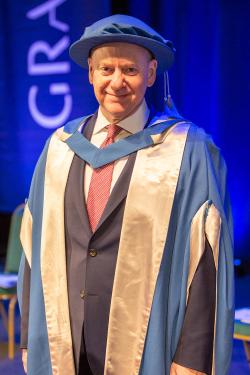 Lord Jonathan Evans is the Chairman of the Committee on Standards in Public Life and sits in the House of Lords as a cross-bencher. Previously, he was the Director General of the Security Service - MI5 - from 2007 to 2013.

He is now a Non Executive Director of Ark Datacentres and chairman of the Public Interest Committee of KPMG UK. He is also a Deputy Lieutenant of Kent, Chair of Kent Search and Rescue and a Visiting Professor at King’s College London. He graduated from the University of Bristol with a degree in Classical Studies.

Lord Jonathan Evans was nominated for the award by Allyson MacVean, the University’s Professor of Policing and Criminology and Co-Director for Bath Spa's Centre for Leadership, Ethics and Professional Practice (CLEPP).

"I admire the work of the Centre for Leadership, Ethics and Professional Practice at Bath Spa University so I am particularly honoured to be awarded an Honorary Degree by the University." 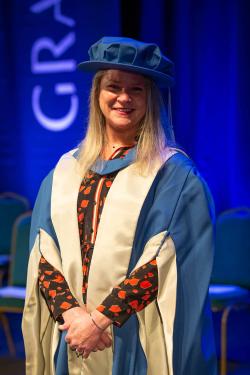 As an alumna, Sarah Liversedge-Platz is no stranger to Bath Spa University, having graduated with a first in Composition. Since then she has gone on, via the BBC, to develop a successful music publishing business and has received a number of music industry awards.

Commenting on what it means to be awarded, Sarah Liversedge-Platz said:

"I am so honoured to receive this recognition from an institution that means so much to me. My time at Bath Spa as a music undergraduate was incredibly special. The University is a place that really nurtures and inspires creative minds. It helped me lay foundations that would serve both myself and the songwriters and composers I've worked with throughout my career decades later."

Each year the University confers honorary awards to individuals who have made a notable and sustained contribution to their academic fields or profession, to society, or to the University.

All Bath Spa staff with input from students are able to propose potential recipients of honorary awards, and nominees are approved by the University's Board of Governors.