Have you spotted anything out of the ordinary on your recent trips outdoors? Our very own Marketing, Communications and Digital Coordinator Katherine Boon did last Sunday when she spotted an exotic bird called a hoopoe on one of her walks.

According to the Royal Society for the Protection of Birds (RSPB), the hoopoe "does not breed in the UK, but as many as 100 birds can turn up in spring (mostly seen as single birds) as birds migrating north to Europe from Africa overshoot and land on the south coast of England." 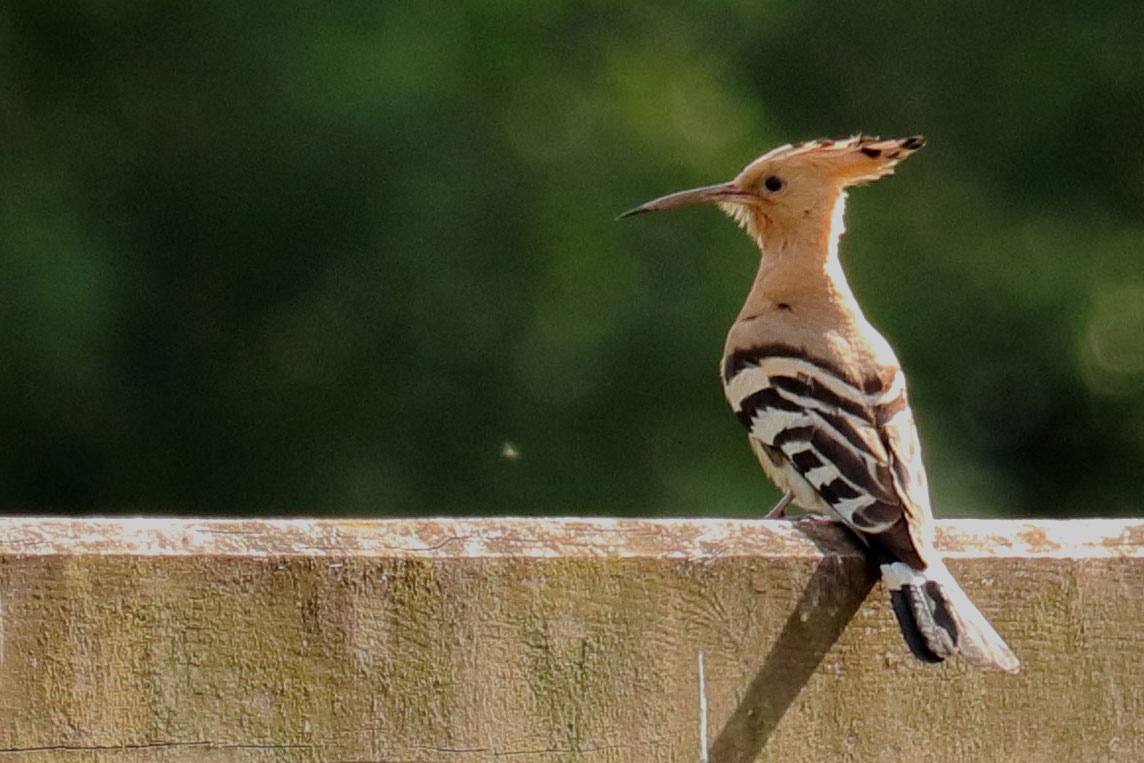 Katherine said, “I saw the hoopoe on a footpath near Westerleigh in South Gloucestershire, so it was relatively close to campus given its usual range. I saw a flash of pink and black in the corner of my eye as it flew past and thought it was a jay. It was only when it settled on a gate right in front of me that I realised it was something much more exotic. The encounter was pure chance but I have to admit my heart was racing for the rest of the day!”

We caught up with our MA Travel and Nature Writing course leader Stephen Moss for his thoughts on this rare encounter. He said, “What a great find – I am very envious! Hoopoes are one of the most exotic birds in the world – they look like a giant orange butterfly with black and white wings. This bird will have flown here from the continent on southerly winds – if it likes what it sees, and finds a mate, it might even stay to breed!"