Visitors to the Westonbirt Arboretum can be inspired this Autumn by a Bath Spa University student’s poetry.

Marchant Barron, an aspiring poet and final year BA (Hons) Creative Writing student at Bath Spa University, is sharing his collection of poems with the public until December.

The exhibition titled Conversations with Trees, was organised by Marchant as part of his studies and took a year to produce. He decided that Westonbirt Arboretum was the perfect location for his project as he wanted to display his poems in a natural setting. 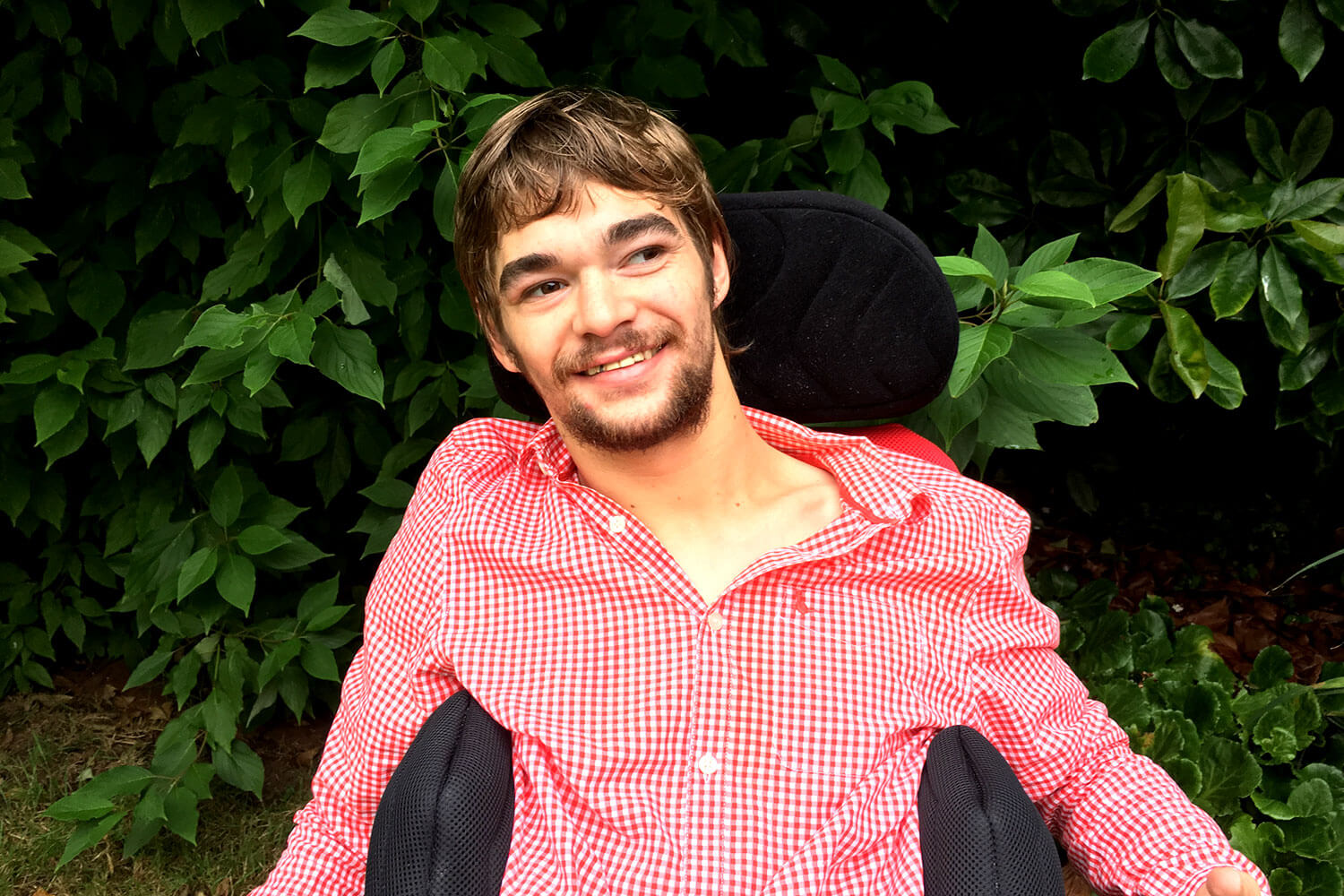 The installation consists of eight poems; September Slows, Hear This, Smoulder, Tanglefoot, Hallowed, Ode from the Oak to Ironwood, A Seasoned Lover and Beech Book. The poems can be seen hanging vertically on red banners from beneath tree canopies.

Marchant took inspiration for each poem from different trees in the Arboretum. Each poem reflects his personal response to a specific tree, and the solace and sense of wonder that he felt on his visits to the Arboretum.

He approached Ben Oliver, Learning and Participation Manager at Westonbirt Arboretum, about the project and it was decided that his poems would be best placed on the 2017 Silk Wood Autumn Trail. He collaborated with staff to ensure that the installation was safe and visually stunning.

Marchant, 21, from Bristol, said: “This is my dream come true – seeing my words floating in the trees. I am overwhelmed with the response from people to my poetry.”

Local installation artist, Claire Johnson, assisted Marchant with designing the banners and advised him on how to best install the poems onto trees at the Arboretum. Family and friends helped him to install the banners along the trail. He was also supported by his Creative Writing tutors, Carrie Etter and Neil Rollinson, and Paul Alexander, Chief Executive Officer at the Snowdon Trust. The Trust awarded Marchant with the Lord Snowdon Trust Award to assist him with his project. The grant allowed the banners to be printed.

Dr Paul Meyer, Subject Leader for Creative Writing at Bath Spa University, added: “Marchant is one of our top students. He won this year’s Les Arnold Prize, which is named in honour of the poet who started the writing programme.

“Marchant is contributing to our tradition of excellence in Creative Writing. I am so glad he chose to study at Bath Spa when, with his high school transcript, he could have studied at any university in the world.”

This year marks the 25th anniversary of the University’s Creative Writing teaching. Bath Spa University delivers one of the most successful Creative Writing courses in the United Kingdom, described as the “flagship example of its type” by external examiners. Bath Spa graduates have won prestigious awards and secured numerous international publishing deals. Many graduates regularly come back to the University to teach and share their successes with new aspiring novelists.

For more information about Marchant and his project, please visit his website.

For details about visiting the Westonbirt Arboretum, please click here.