Bath Spa University now boasts a world-class athlete among its ranks. BA (Hons) Global Development and Sustainability student Matilda Revell is part of the first British women’s bandy team, which took home a silver medal in the World Championships this past March.

Bandy is an ice skating sport first developed in England in the 19th century. It’s similar to ice hockey, but played with shorter, curved sticks and a ball instead of a puck. It also uses a much larger playing field - about the size of a football pitch.

The sport was popular in England until around the First World War. Its revival can be traced back to the Duke and Duchess of Cambridge, who were introduced to the sport and had a chance to take a few penalty shots during a visit to Sweden in 2018. When the Duchess expressed an interest in creating a British team, the wheels were set in motion.

“Even after being told of the differences, once I trained for the first time in a bandy arena, I realised how unfit I was,” Matilda said. “It’s such a different sort of workout, because in ice hockey it’s short and quick bursts of energy, whereas in bandy you’re on the ice for longer periods with high speed and longer distances to cover.”

Matilda has played ice hockey for about 11 years. Since moving to Bath she has played for the Bristol Huskies women’s team, and is also part of the Rowing Society. She says she discovered bandy when a teammate brought it up during a training session, and has only been playing it since November, making her silver medal even more impressive. 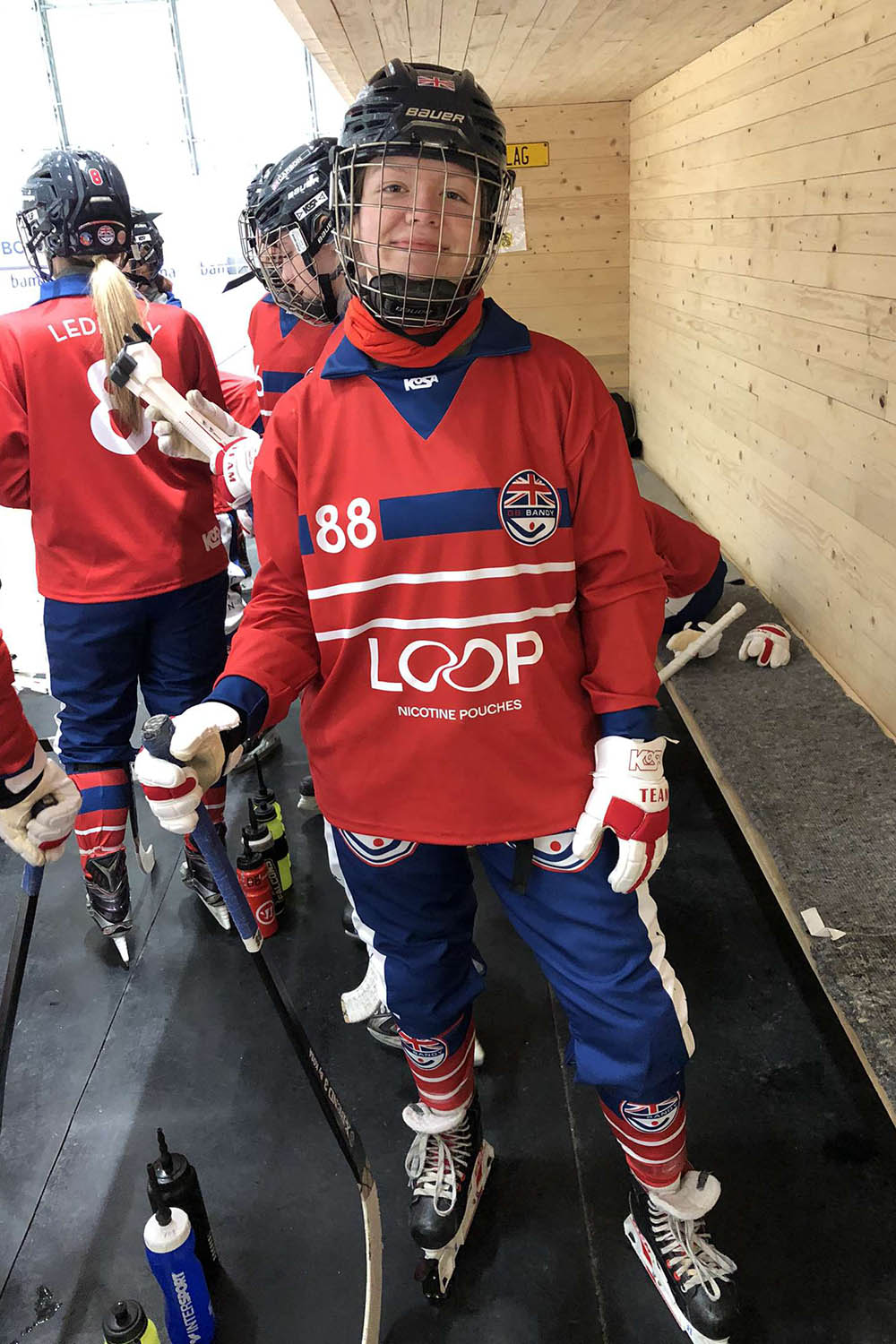 “I had heard of it briefly due to my Swedish heritage - bandy is big there,” she explained. “When they decided to create a GB bandy team, they reviewed my stats and looked for players who could likely gel as a team, which is how I got a place.”

Matilda said travelling to Sweden for the tournament was one of the most rewarding weeks of her life. “I’ve never bonded with a team so quickly and they have become like a family to me,” she said. “I got extremely invested in the experience; even though none of the other teams expected anything from us, I felt like I needed to prove my ability.”

Despite their relative inexperience, the team were undefeated when they reached the final, but unfortunately lost 1-0 to the Netherlands in overtime.

“Although silver is amazing for the first tournament in a new sport, I was gutted not to win,” Matilda said. “If you watch the video from the finals you can see my puffy face, after we lost. But now that I’ve had time to relax, I’m proud of how far we’ve come.”

Matilda and the team hope to make it to next year’s championships.

Who wants to be a billionaire? Not many according to new research