Celebrating equality and diversity in the library collections at Bath Spa University.

The Reads and Rights project was a year long campaign celebrating equality and diversity in the library’s collections.

"With a library you are free, not confined by temporary political climates. It is the most democratic of institutions because no one, but no one at all, can tell you what to read and when and how."

Each month the campaigns focused on specific themes, including: 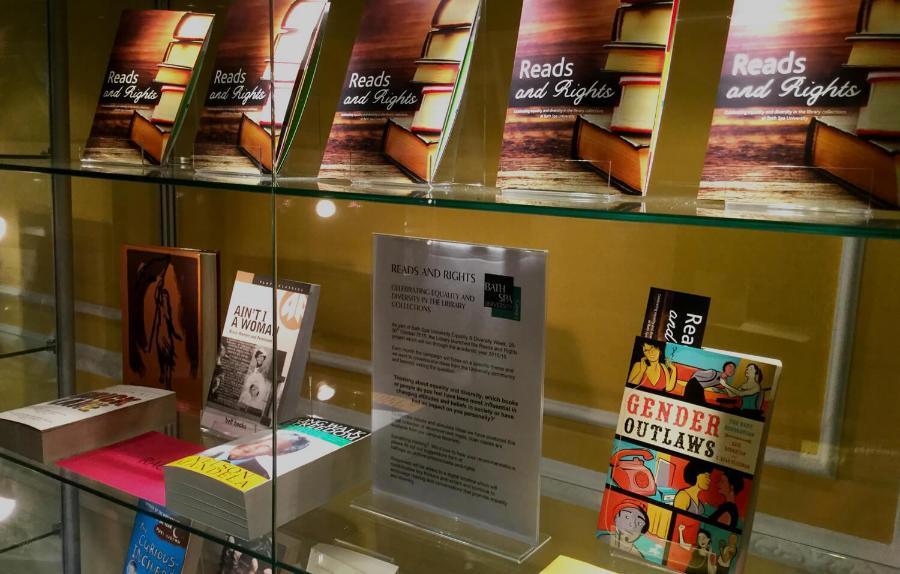 Suggestions of books that fit the monthly theme were submitted using an online form and were showcased on a digital timeline using images, descriptions, and links to the library catalogue.

The Reads and Rights Digital Timeline was created using a free app called Tiki-Toki. Tiki-Toki is an easy way to transform any chronological sequence into a colourful, interactive, 3D display.

As of October 2016 there were 300 entries on the Reads and Rights timeline and it had generated 1,000s of views. 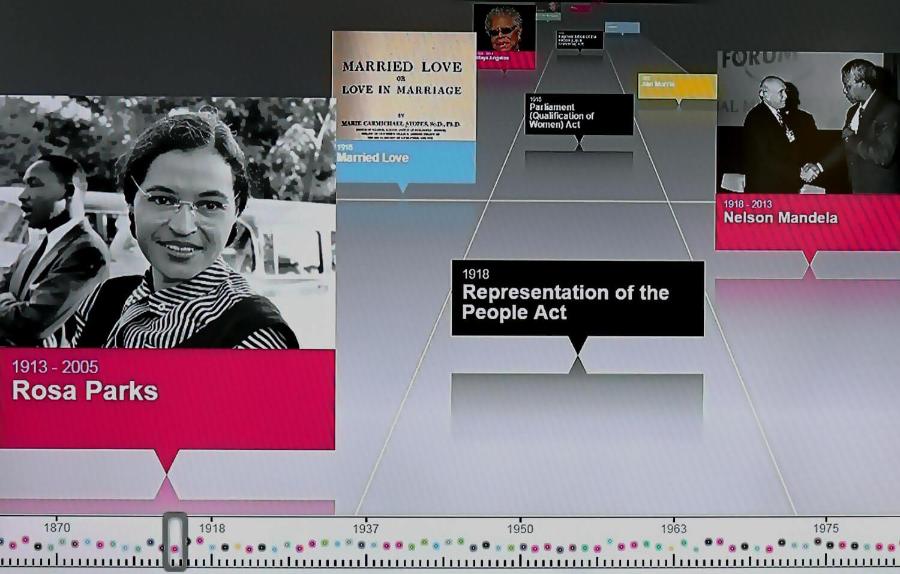 The project drew to a close with an interactive multimedia installation during Bath Spa University's second annual 'Celebrating Equality week' from 24-28 October, 2016.

The library collaborated with Bath Spa colleagues Neil Glen and Lee Scott to create a survey app that connected tablets to the MediaWall.

BA Acting students recorded excerpts from chosen books as part of the installation, including those by: 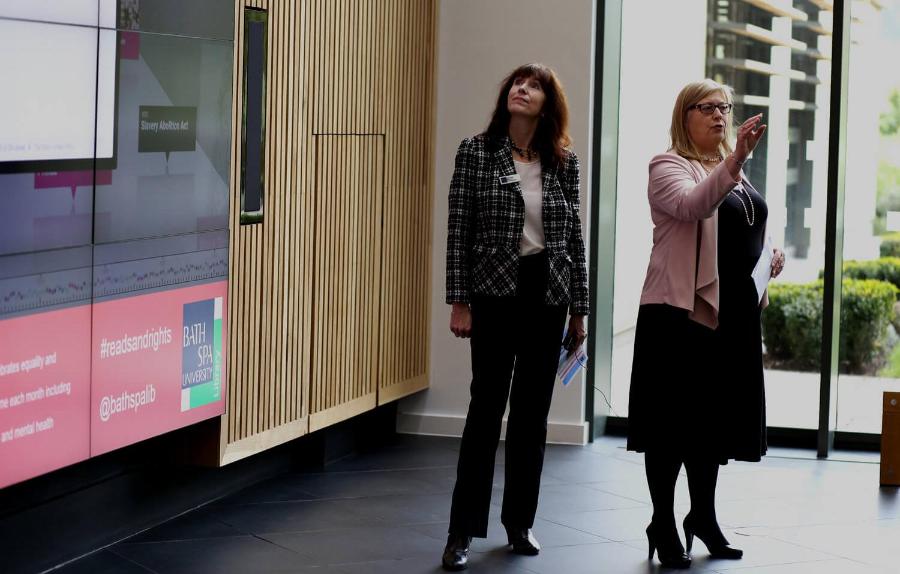 Whether is was wine at the Corsham Court campus or beer and pizza at the Student Union, Bath Spa University library staff were always on hand to engage with students about each topic. 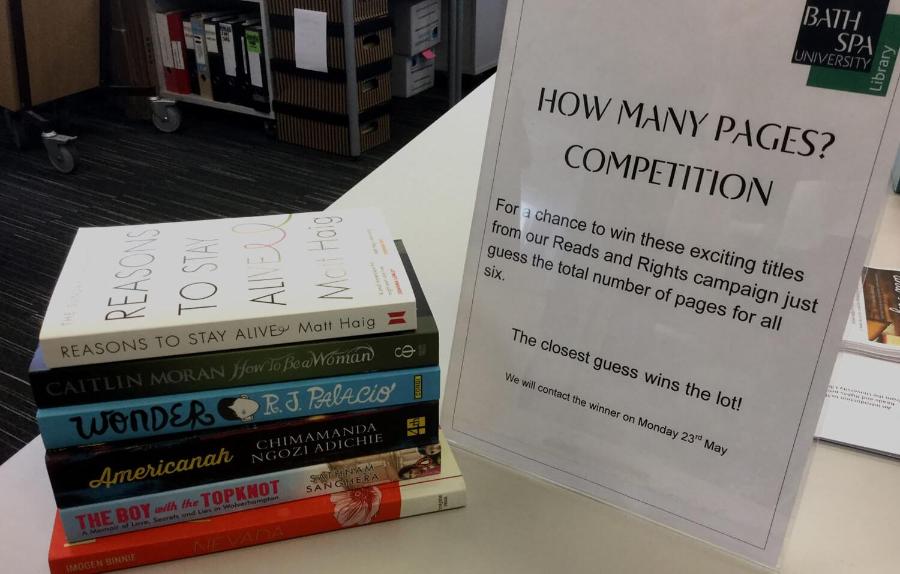 The Reads and Rights project appeared in several national newspapers and journals during its year long campaign. Our Director of Library and Learning Services, Alison Baud, wrote a feature article for CILIP Update Magazine, the UK's leading library and information science community. She highlighted how the campaign grew out of the core values of Bath Spa University's library and how community engagement has increased as a result.

The main aim of Reads and Rights is to stimulate thinking and conversations about equality and diversity and at the same time about books, reading and libraries.

Articles also appeared in The National Student, The Independent, and The Evening Standard focusing specifically on a top ten list produced as part of the campaign.

10 books that have changed the world for the better: