Spirit of Place: how to find a setting for your book

“I am a camera with its shutter open, quite passive, recording, not thinking.”
– Goodbye to Berlin, Christopher Isherwood 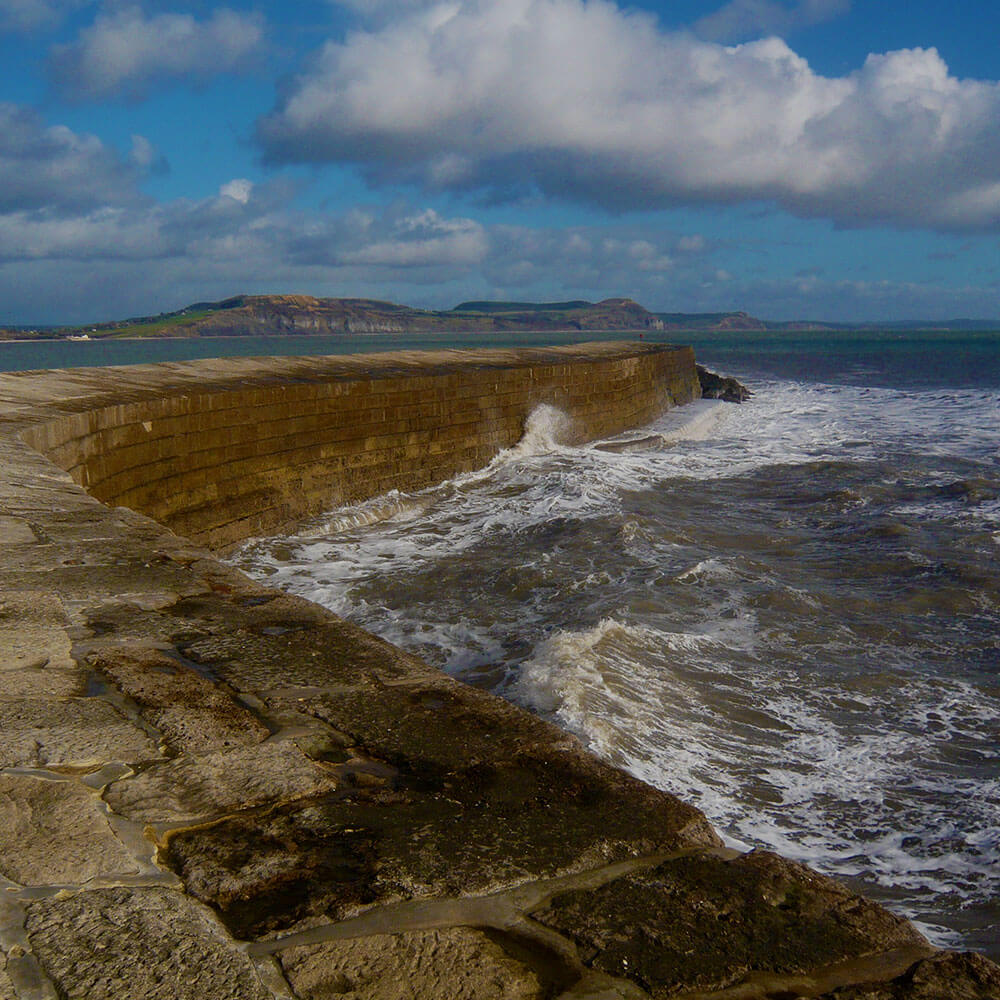 How do you find a setting for your book? Do you dream it? Or search it out by wandering around a neighbourhood, sensing atmospheres, researching history, imagining people? Which comes first for you – story or setting?

Everywhere I go, I take photos of locations and details of setting for reference. I began to do this in art school with an analogue camera and film, as a way of seeing and remembering: now I use a phone. I gather visual material which acts as a sensory prompt. Details appear in photos which I may not have noticed at the time and even if I never use the images, this way of seeing makes me focus on the world in a different way. I agree with Cartier-Bresson:

“…the camera is a sketchbook, an instrument of intuition and spontaneity.”

The practice of wandering through different locations with a sense of discovery, and allowing your psyche to be affected by the place, has a name: psychogeography. As you walk about, you pay attention to chance, to detail, to the unpredictable, meeting the environment with a sort of open curiosity.

I went to Exeter to do some urban wandering while studying on the Bath Spa MAWYP (“Go and write outside,” instructed Professor Julia Green), and then transposed the real-life observations into a piece of fiction. I wasn’t looking for anything in particular, so I noted everything – names of shops, people on the bus, the weather, the cold, hard paving stones – and when the lovelorn teen in Ghosted runs out of the house, she follows the same route I took myself, grounding the story in reality before she crosses the threshold to Elsewhere:

“We were close to the centre of Exeter, I could tell, although it wasn’t a part I knew well. I could just see the top of the cathedral in the distance. ‘Last stop,’ shouted the driver. I didn’t want to get off here, right by the Turkish Barbers, nowhere near Gandy Street, but I squeezed past the sleeping man beside me, trying not to touch him, and shuffled down the bus, following the others.” 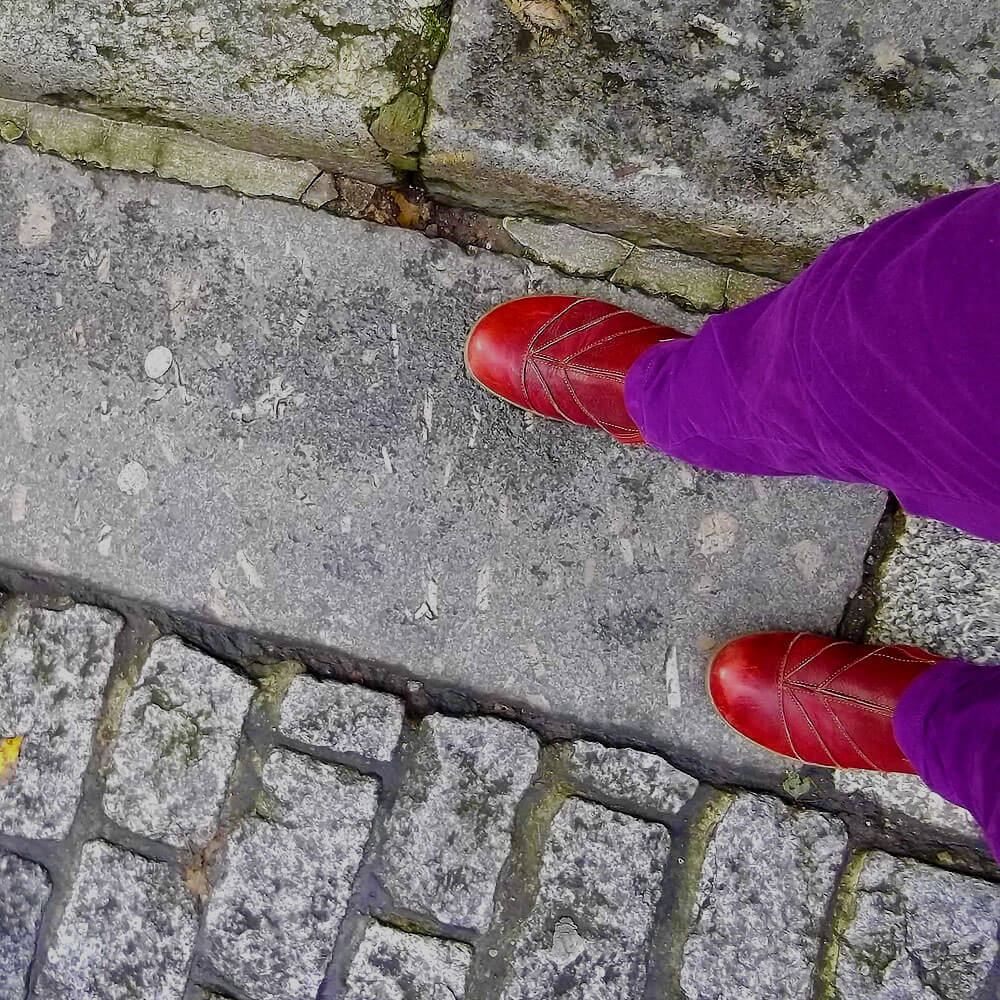 Write where you are

I set another story on the Jurassic Coast because I lived there, and wanted to fully inhabit the story-world. Each day, as I walked, ideas for scenes came to me: a boy out fossiling in the rain; falling cliffs and a lost girl; a white sea mist coiling snake-like from the sea, sentient, it seemed, as it followed me inland; a storm. The weather, the sea, the fossilised creatures in the rocks: the spirit or soul of a place can be sensed there, with its very own essence and energy, and it’s an elemental experience. 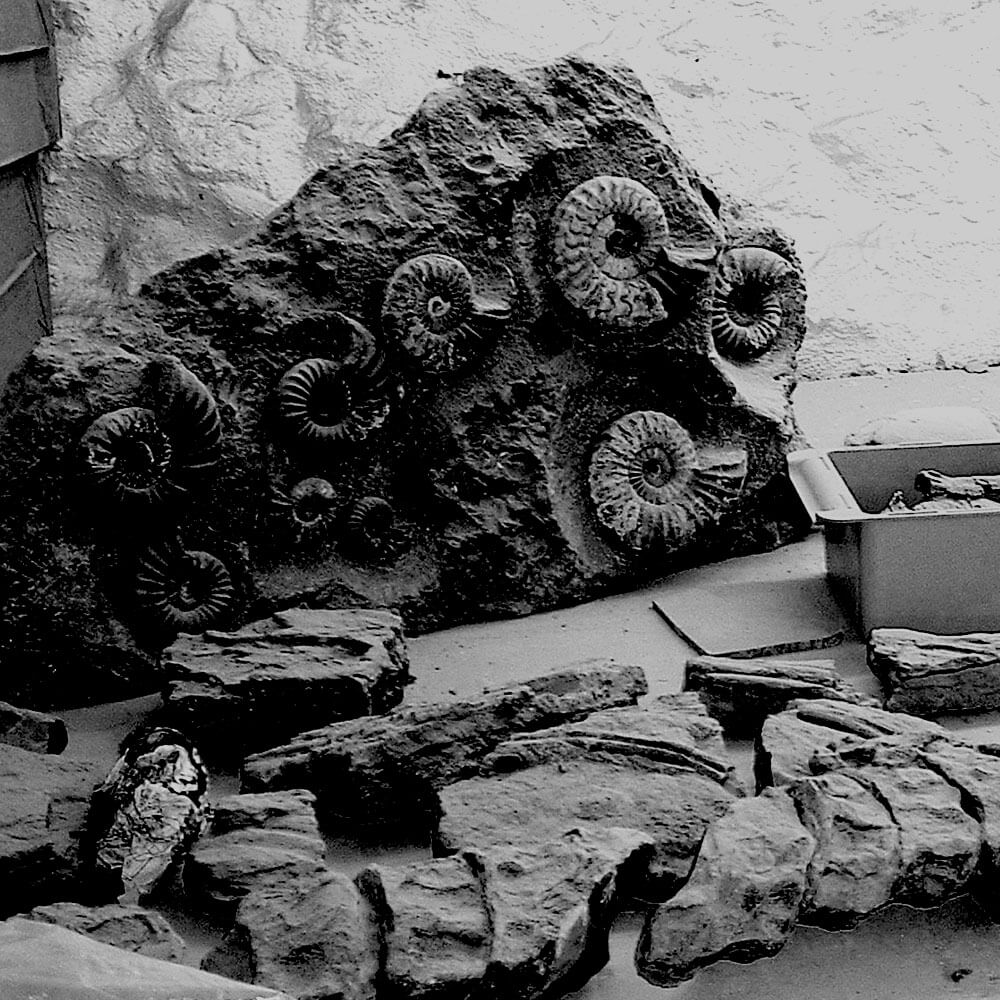 Wherever and whenever in the world your story is set, even in the alternate universes of fantasy, your characters will experience it through the medium of their senses; sound and vision, touch, smell, taste. There’s no substitute for direct experience in writing, whether it’s the salt taste of sea spray and rain lashing your face in a storm, the sickening stink of diesel on a city bus journey, squelchy mud on your boots, the scent and taste of hot coffee in a steamy diner, bare feet on cold stone, soft grass or a gravel path. 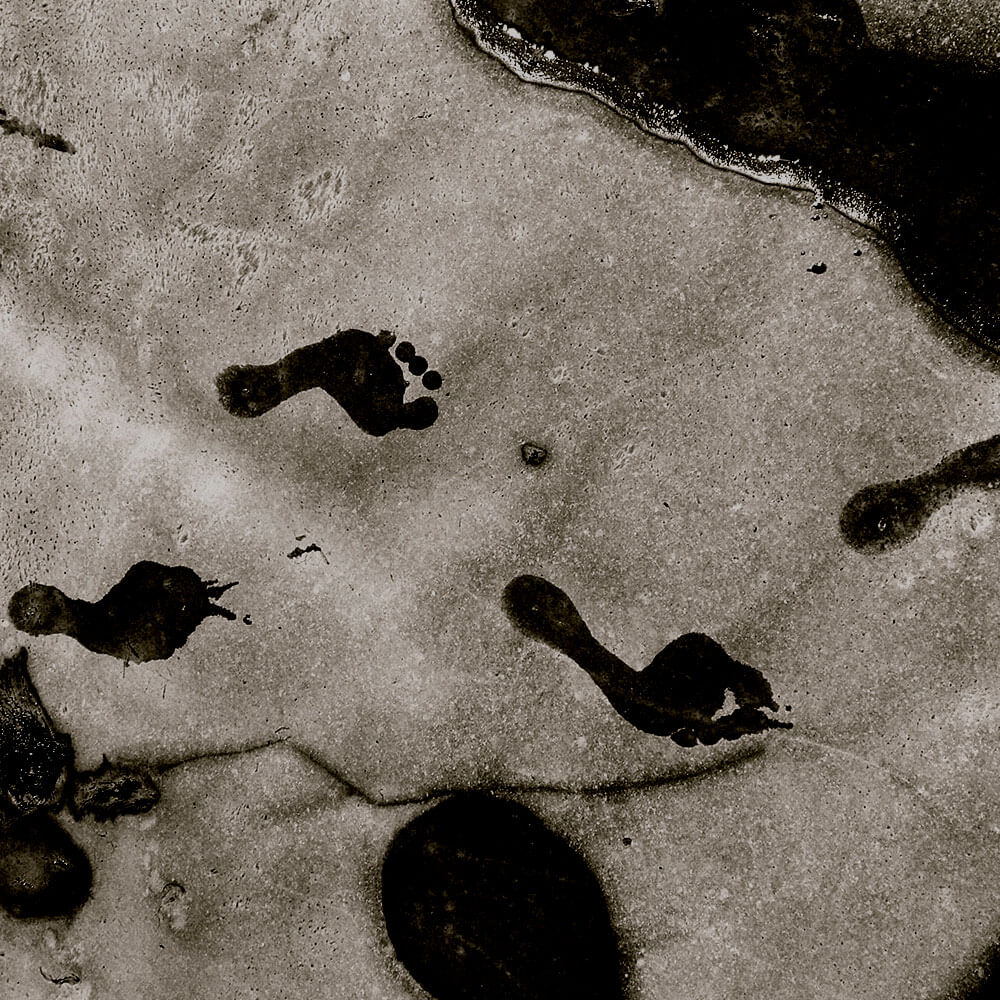 Memory, travel, and the subconscious

“I start with setting. I pay attention to the places that are pulling on my subconscious most and I follow those threads to story. I have a rough idea for character at the beginning of the process, but not always for story other than an initial idea of situation. I think about and then work on the setting for a good couple of months before I think about plotting and story.”

On her website Lucy explains: “My strongest memories from childhood occurred in wild places… Traveling to anywhere really wild or remote or unique always makes me want to pick up a pen.” In the description of her novel Stolen: “Gemma, a British city-living teenager, is kidnapped while on holiday with her parents. Her kidnapper, Ty, takes her to the wild land of outback Australia. To Gemma’s city-eyes, the landscape is harsh and unforgiving…”

Deep exploration of setting, of the sense of place, is a core element of Lucy’s creative process.

Bath Spa MAWYP graduate A.H. Manson set her teen novel, Lobster Wars, in Maine, in the North Eastern United States. For her, memory was a catalyst:

“Deer Isle, Maine, is my earliest childhood memory – the long, rutted, dirt driveway, the salt and old-wood-fire smell of the cabin my grandfather built with his own hands, the rhythm of the waves, the raw shriek of the gulls, the long, ever-changing view of Penobscot Bay. At the beginning of Writing Workshop 1, Professor Julia Green led us in an exercise focused on our early childhood and I wrote about this place. Later on, when the first characters came to me, sure enough, they were there, down at the end of the driveway, sitting around a fire late at night. The island setting is crucial to everything in the story: the characters, the rhythm of life, the way people talk to each other, how they earn their living (mainly lobstering) and the worlds-apart feeling that you only get on an island.”

Growing up in North West England, I lived close to the worlds of Alan Garner’s The Weirdstone of Brisingamen and Elidor. I often went to Alderley Edge, the setting for Weirdstone, to experience the atmosphere, the spirit of the place.

It felt surreal to be at the Edge with scenes from the book playing in my mind and the notion that magic lurks behind the veil. Our world may turn upside down in the blink of an eye, or a person might, all at once, reveal their true nature: Selina Place, who appears to be quite ordinary, is actually something dangerously different… at the Edge, the air seems to spark with that compelling contrast between the supernatural and the everyday, with liminality.

You might think such liminal spaces would always be located in nature, in a place steeped in centuries of myth and legend, like the Edge – but in Elidor Roland and his brothers and sister cross the threshold into a parallel world through an old city church, even as it is scheduled for demolition. The church is in an urban wasteland, a part of Manchester which is itself in the process of changing into something completely different – in real life as well as in fiction.

This, for me, is the greatest excitement of working with setting: to snapshot that twitching aside of the veil, the door opening to a parallel world, a bewitched house glimpsed in the woods or the city street – capturing that change, in an instant, from dark to light, the sacred to the profane, the mundane to the metaphysical – rooted in the reality of the senses.

A true meeting with the Spirit of Place. 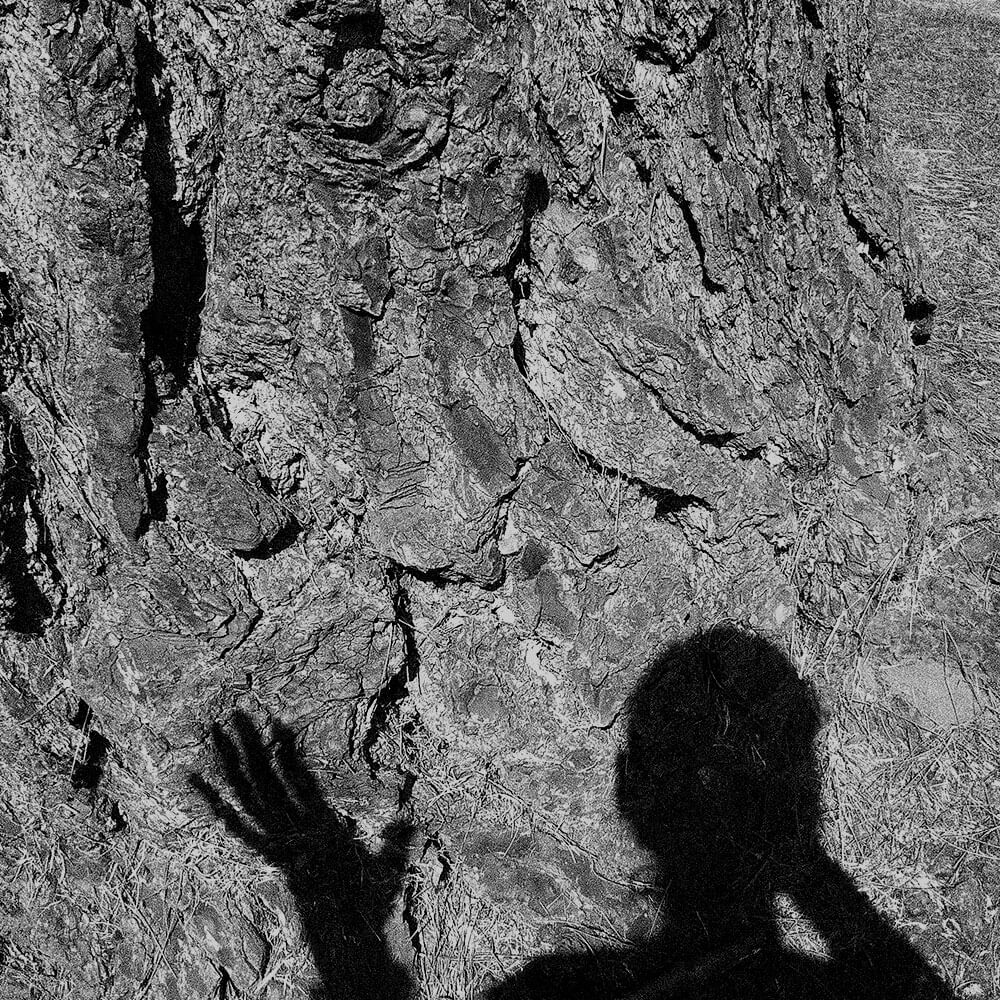 Images all author's own.