The Glove Network brings together interested parties from academia, museums and manufacturing, with expert knowledge of the design, production, collections, conservation and display of English leather gloves. In this post, the network looks at gloves in Birmingham Museums Trust's collection.

Birmingham Museums Trust looks after the city of Birmingham’s collection, which is housed and displayed at a number of sites around the city, including Birmingham Museum and Art Gallery (BMAG). BMAG was established in 1885, and as with the V&A and some other civic museums founded in the late 19th century, its original aim was to inspire and educate local craftsmen and manufacturers.

Decorative art objects, including textiles, featured in BMAG’s collection from the start, but it wasn’t until the 1930s that the museum began to acquire significant quantities of dress. Clothes and accessories were collected as part of the decorative art collection, rather than the history collection, which meant there was an emphasis on acquiring objects which were aesthetically pleasing and illustrated changes in fashion over time. It also meant that information about the former ownership and use of items in the dress collection was not often acquired. 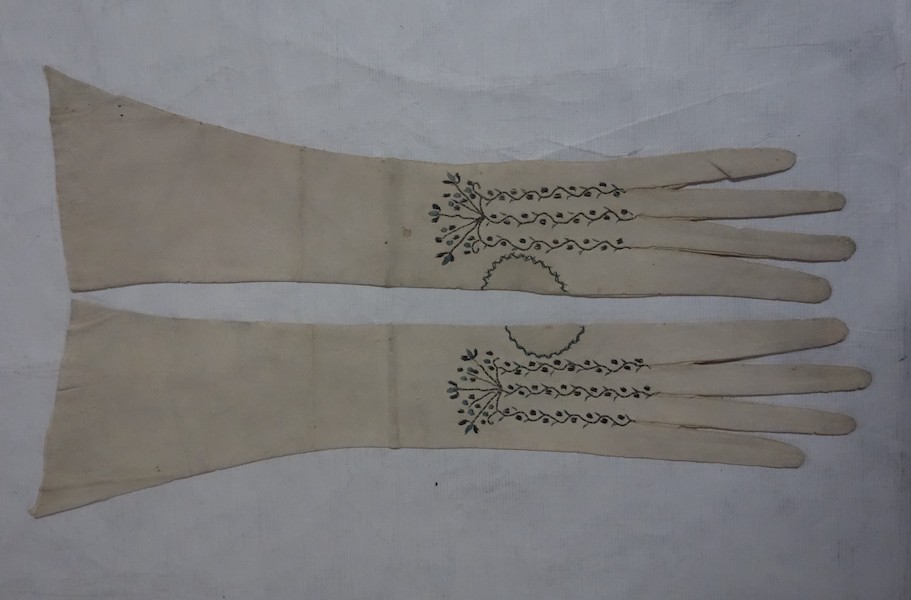 Birmingham’s dress collection contains a few examples of 17th and 18th century clothes and accessories but is heavily concentrated on the 19th and 20th centuries, petering out around the 1980s. This situation is mirrored in the museum’s collection of gloves. Birmingham holds around 140 pairs of gloves, of which the majority are women’s gloves from the 19th and 20th centuries. There is a mixture of leather and fabric gloves, evening and day gloves, and several pairs of knitted fingerless mittens.

In the menswear collection, there is a single pair of gloves from the 17th century embroidered with metal threads, although a fine pair of gloves can also be seen in a portrait of Sir Thomas Holte, the former owner of Aston Hall, another of Birmingham Museums Trust’s sites. 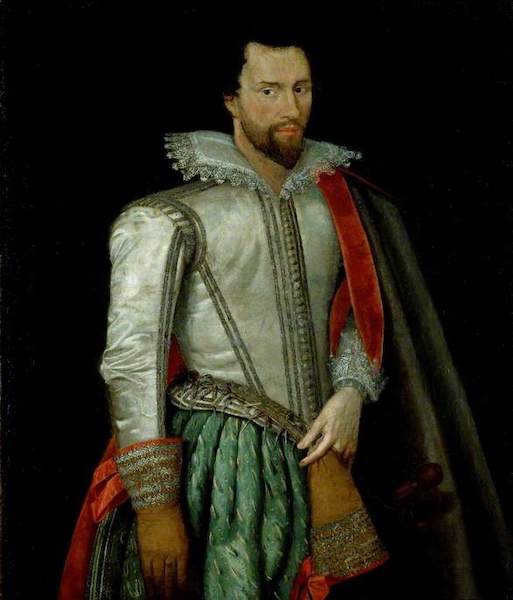 There are also a few pairs of gloves in the collection which comprise part of a court suit, and which mostly belonged to various dignitaries of the city, including the former Prime Minister Neville Chamberlain. Almost all the other men’s gloves in the collection date from the second half of the 20th century and belonged to James Birkmyre Rowan. Rowan was one of the directors of a clothes shop owned by his family, Rowans, which had a branch on New Street in Birmingham and another in Glasgow. Rowan was also a member of the Worshipful Company of Glovers, and its Master in the year 1966-67. He had a real passion for clothing, and his daughter donated much of his wardrobe to the museum on his death in 1989.

There are also some gloves made for little hands in Birmingham’s collection, including two pairs of 17th century children’s mittens and three pairs of dolls’ gloves. 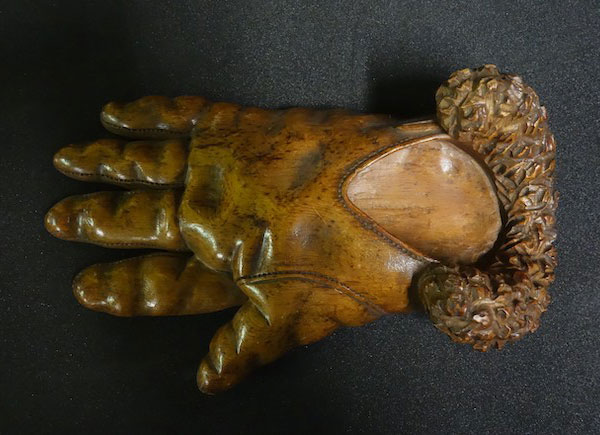 Another part of Birmingham’s collection which holds several objects related to gloves is the Pinto collection. Edward H. Pinto and his wife Eva collected a few thousand objects made of wood, dating from around 1500 to the mid-20th century, and encompassing a huge range of items, from basic tools to elaborate pieces of carving. They initially displayed this collection in their own home, but then sold it to BMAG in the mid-1960s.

The objects in the Pinto collection related to the production and maintenance of gloves generally date from the 19th century. They include: a glover’s donkey clamp, stretchers, powdering flasks, darners, and jointed hands for help with making and cleaning gloves. Slightly anomalously, there is also a little wooden dish carved in the shape of a glove.

Celebrating the achievements of Bath Spa staff and students