London’s dramatic records from the age of Shakespeare, Jonson, Marlowe, and Middleton are of unparalleled importance.

"Despite its reputation as the domain of puritan killjoys, the City of London was in fact a place with vibrant – if overlooked – theatrical traditions."

Indeed, writers and performers from famed playhouses like the Globe and the Rose, such as Jonson, Middleton, Dekker, and Webster, as well as high-profile actors Richard Burbage and Edward Alleyn, participated in City pageantry and performance. Our AHRC-funded research project Civic London 1558-1642 foregrounds such connections and reveals the depth and richness of London’s performance culture in the hey-day of English drama.

The City of London (to be distinguished from the City of Westminster and the counties of Middlesex and Surrey) was not only the capital and major economic driver of early modern England with its own discrete form of governance, but it was also a community with rich and enduring cultural traditions. Civic London 1558-1642 investigates the City of London’s archival records pertaining to drama, music, festivity, entertainments and pageantry performed between 1558-1642, i.e. from the accession of Elizabeth I to the Parliamentary Order that stage plays should cease, issued at the outset of the Civil Wars. The project will for the first time bring the entirety of the extant early modern City of London performance material into the public domain, and its major output will be the first ever scholarly edition of this archival material.

The project team are accordingly undertaking research in the City archives in order to transcribe, edit, and publish all the surviving records of dramatic, ceremonial, and musical activity from the early modern City of London, including details of performers, musicians, artificers, pageant poets, dramatists, and other protagonists, playing spaces, civic participation and regulation, and the expenditure and income of the various bodies involved. Civic London 1558-1642 represents a major advance in knowledge, one which will provide a necessary corrective to previous thinking about the relationship between the City and theatre, and an unparalleled stimulus to, and resource for, future research. 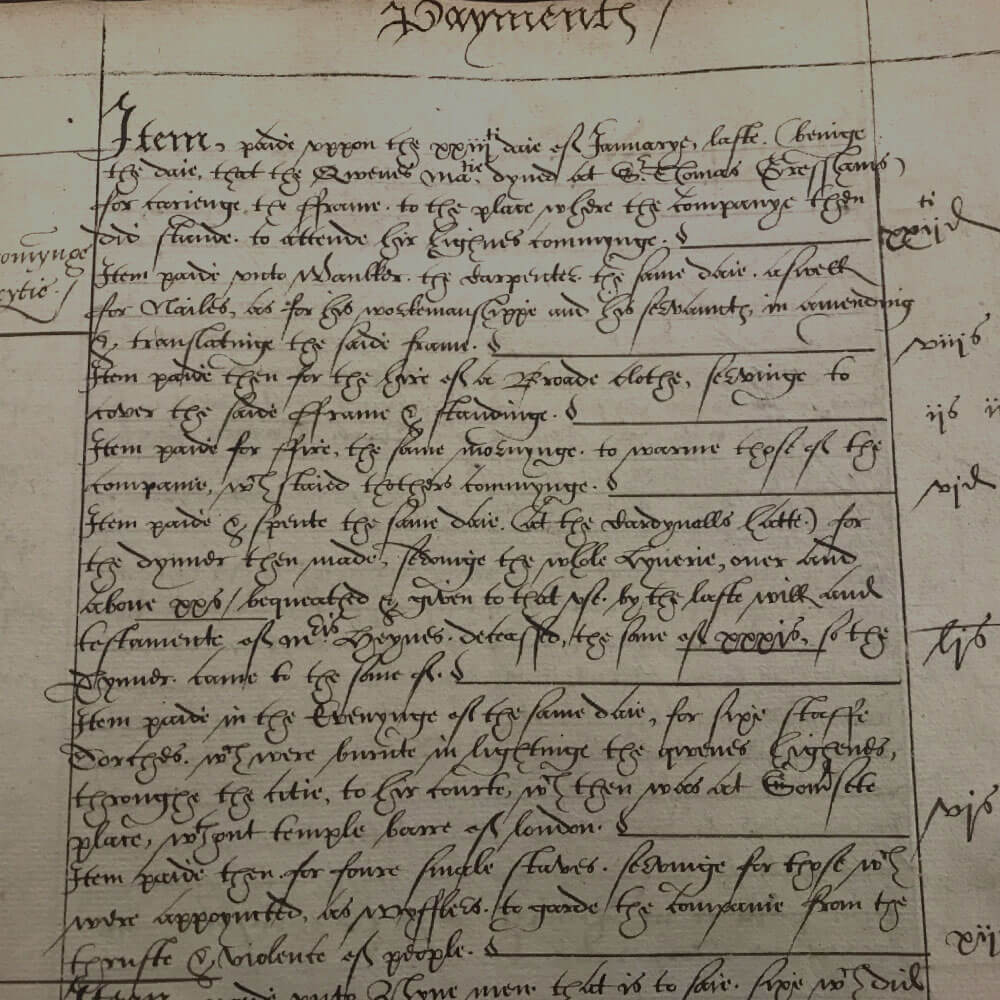 This project builds on and develops several years of research and publishing:

‘Civic London’ also has links with some of the City’s livery companies, including the Founders, the Pewterers, the Cordwainers and the Ironmongers.