Dr Chartwell Dutiro (1957-2019) received an Honorary Doctorate from Bath Spa University at a unique ceremony in Torquay, Devon, on 12 September 2019.

The PhD he was so passionate about was called ‘The power of the voices of the ancestors: the influence of the mbira on collaborative music-making’. Having toured the world in Thomas Mapfumo and the Blacks Unlimited in the 1980s, and successfully developed his career on the international performance circuit, it was an enormous privilege for Bath Spa staff and students to have experienced his enchanting singing and playing first-hand. Chartwell’s generosity and humour shone through the way he skillfully used the mbira as an education tool to challenge stereotypes and encourage creative engagement. His spirit lives on through the hearts and minds of those who have been inspired to integrate his philosophy into their own thinking, teaching and musicking.

The themes of education, inspiration, and collaboration, summarise the rich musical legacy Chartwell has left us. As a Visiting Research Fellow from 2014 to 2016, he collaborated with Professor Amanda Bayley on a project funded by Arts Council England: ‘Cross-cultural exchanges: mbira, string quartet and dance’. This involved workshops with school children, Bath Spa students and trainee teachers, in Bath and Devon, including City of Bath College. The video was taken from the performance at Newton Park on 22 April 2015, where Chartwell performed in the Marenje Ensemble, formed specifically for the project. The work culminated in a joint research publication: a book chapter by Bayley and Dutiro on ‘Developing Dialogues in Intercultural Music-making’ in the Routledge International Handbook of Intercultural Arts Research (2016).

The interview below with Amanda Bayley and Chartwell Dutiro (City of Bath College, 2015), filmed by Tobie Lang, is interspersed with extracts from the workshop with Bath College students, on ‘Cross-cultural exchange between mbira, string quartet and dance’, funded by Arts Council England. They discuss Chartwell's method of teaching called chinyakare. In Shona language this means an indigenous, ancestral way of distributing knowledge and information, sometimes orally. Knowledge is shared between people of all abilities. He believes that the master and the beginner have something to learn from each other. In this short documentary they explore the impact that bringing the mbira and string instruments together had on a group of Bath College students.

Kusanganisa was also featured in the Mistura Mundo Sul Generis International Music Festival in the Brazilian cities of Pelotas and Porto Alegre, in November 2017. The trip to Brazil was funded by Dr Leandro Maia’s Bath Spa Pioneer Award and included a week-long series of events bringing innovative, intercultural interactions into new social, artistic, educational and research contexts, including an improvisation workshop that Kusanganisa ran for local musicians. The sharing of musical traditions continued through verbal and musical dialogues at Casa do Tambor [Drum House] in Laranjal, Pelotas, where Chartwell had a pivotal role in bringing together musicians from the local samba band and the African diaspora. 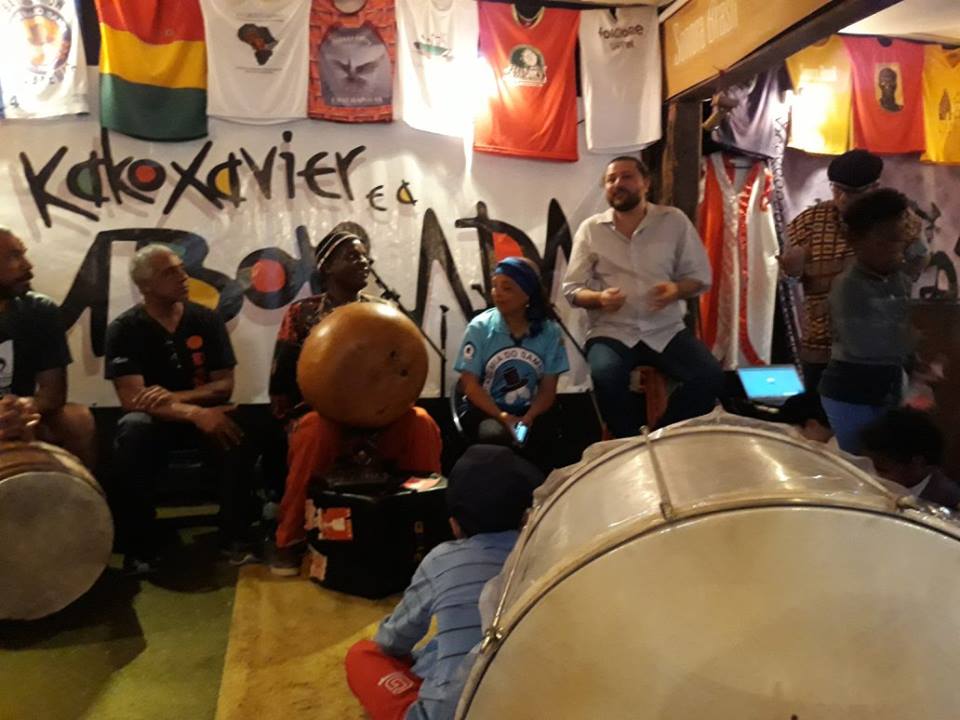 In November 2017, Chartwell contributed to the Filming African Music Study Day at Bath Spa University, an interdisciplinary study day in partnership with the African Musics Study Group UK branch (AMSG-UK), (of which he was a committee member), affiliated to the International Council for Traditional Music, the Afrika Eye Film Festival, Bristol, and the British Forum for Ethnomusicology. The event included a concert, Afrika Grooves and Moves, featuring a cross-cultural collaboration between the distinctive musical traditions of Zimbabwe and The Gambia, where Chartwell performed with Sura Susso (kora), and Suntou Susso (kora). 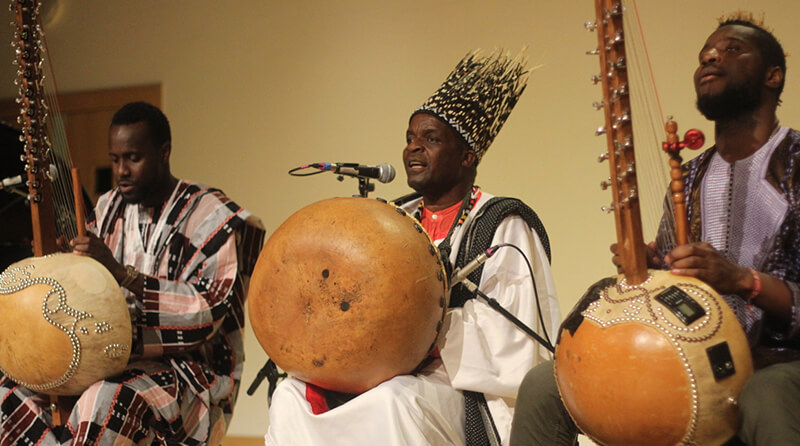 A prayer for guidance

During his time as a Visiting Research Fellow at Bath Spa, Chartwell Dutiro was filmed in Shumba ya Mukwashi [Zimbabwe's Spirits Confront the Ghosts of Slavery] - a prayer for guidance, assistance in difficult times, and support for the mbira players. It was filmed in Brooklyn, New York by Bob Coen.