Our research projects examine the health and cognition spectrum through a number of mixed methods, from the qualitative to the experimental.

The Centre's research projects are cross-disciplinary, and work with a network of government, educational and social organisations and providers to explore issues affecting health, wellbeing and society as a whole. Below we provide a small sample of our funded projects.

Further details of individual member projects can also be found via the relevant staff profiles.

Anaesthetists manage high-risk patients and situations in complex, demanding work environments and we are aware that trainees may be particularly susceptible to burnout and work stress.

The HOW Social Work project

This mixed methods project seeks to identify barriers and enablers to reducing work attrition in social workers. It also tests pre and post effects of enabling social workers to access an interactive work, health and wellbeing app which signposts symptoms, places of support and can link up employee, employee and a vocational rehabilitation professional.

The HOW NHS project

In this project, Principal Investigator Jermaine Ravalier works with employees in four large NHS Trusts in order to co-design, dissemination, and evaluate a series of app-based wellbeing interventions.

Mental Health and Wellbeing in Higher Education: What can we learn from the student experience?

Despite greater awareness and issuance of good practice guidelines, the Institute for Public Policy Research (IPPR) reported that levels of mental illness, mental distress and low wellbeing among students in UK Higher Education (HE) are increasing dramatically. The literature suggests however, that little of this policy is being driven by research focused on the 'student experience' so this doctoral study seeks to fill this gap.

Do young people with chronic pain worry about the same things and in similar ways as their healthy peers?

This mixed methods project seeks to establish if there any differences in processes and content of worry between 14-18 year olds prior to further consideration of how we could intervene to ameliorate worries.

What works for return to work when people have chronic pain?

Employees are key to any organisation, yet chronic pain remains the second biggest reason for being off work in the UK. This project seeks to find out which return to work interventions are effective and help workers with chronic pain return to work, if and when appropriate. The project includes a systematic review, rapid access review and a qualitative investigation of stakeholders’ views regarding the current UK return to work processes.

This research aims to explore the effectiveness of the Tree of Life to promote the mental health of women who survived human trafficking. The Tree of Life (ToL) is a group-based narrative intervention that promotes resilience and a sense of connectedness and belonging in individuals who share similar traumatic experiences. It adopts the tree as a metaphor of an individual’s life, including the past (the roots), the present (the trunk), and the hopes for the future (the branches).

The study will adopt a Qualitative Multiple Case Study Design, and it will include approximately seven women who survive human trafficking. Prior to the sessions, participants will be individually interviewed on the risk factors affecting their mental health, including during the Covid-19 pandemic, and on their motivations for taking part in the ToL. Participants will subsequently take part in seven weekly ToL sessions of two hours each. On completion of the sessions, participants will be individually interviewed on their experience of taking part in their ToL. 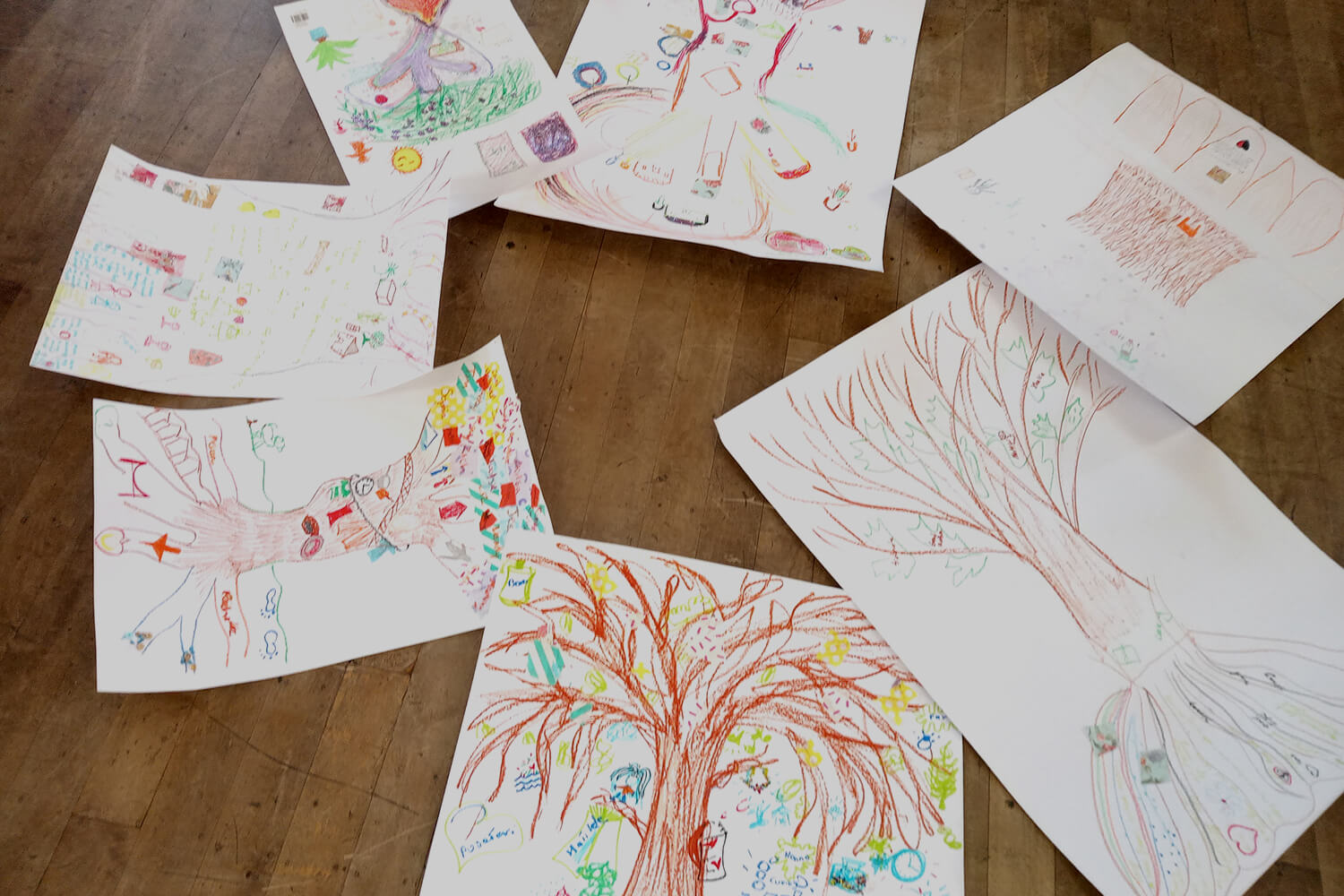 The project comprises a network of academics, researchers and practitioners, who are concerned with developing effective evaluation frameworks for university participation interventions. Members of the network are piloting and evaluating the NERUPI framework (co-developed by myself and Annette Hayton, University of Bath), which is designed to maximise and capture the impact of Widening Participation interventions. The network is currently extending the framework to cover interventions that are designed to support the success and progression of ‘Widening Participation students’ to postgraduate study or graduate-level employment.

Gambling, gaming and mental health: to what extent are digital ‘loot boxes’ associated with problematic behaviours and poor mental health?

This project seeks to uncover the relationships between problematic gambling behaviours, mental wellbeing and the extent to which video game players make in-game microtransactions in the form of 'loot boxes'. While there are some concerns that loot box purchase behaviours are linked with increases in problematic gambling and poorer mental health, it's currently unclear to what extent loot boxes cause these issues as opposed to third factors. The project involves a large-scale survey of, among other things, gaming habits, psychological distress, gambling and excessive gaming habits.

ASMR and the senses

Autonomous Sensory Meridian Response (ASMR) is a complex sensory and affective phenomenon in which individuals experience a pleasant static-like tingling sensation spreading from the scalp and neck to the periphery in response to a variety of audio, visual and tactile triggers resulting in a highly relaxed state, boosted positive effect and an increased sense of connectedness.

Converging evidence suggests that the propensity to experience ASMR and its therapeutic benefits may be underlined by increased sensory sensitivity and unusual integration of sensory and affective processes. To this effect, this project aims to investigate whether relative to controls individuals who experience ASMR display a greater tendency to focus on their bodily signals and report increased sensory sensitivity within auditory, visual and tactile modalities by administering established questionnaires tapping into these constructs. 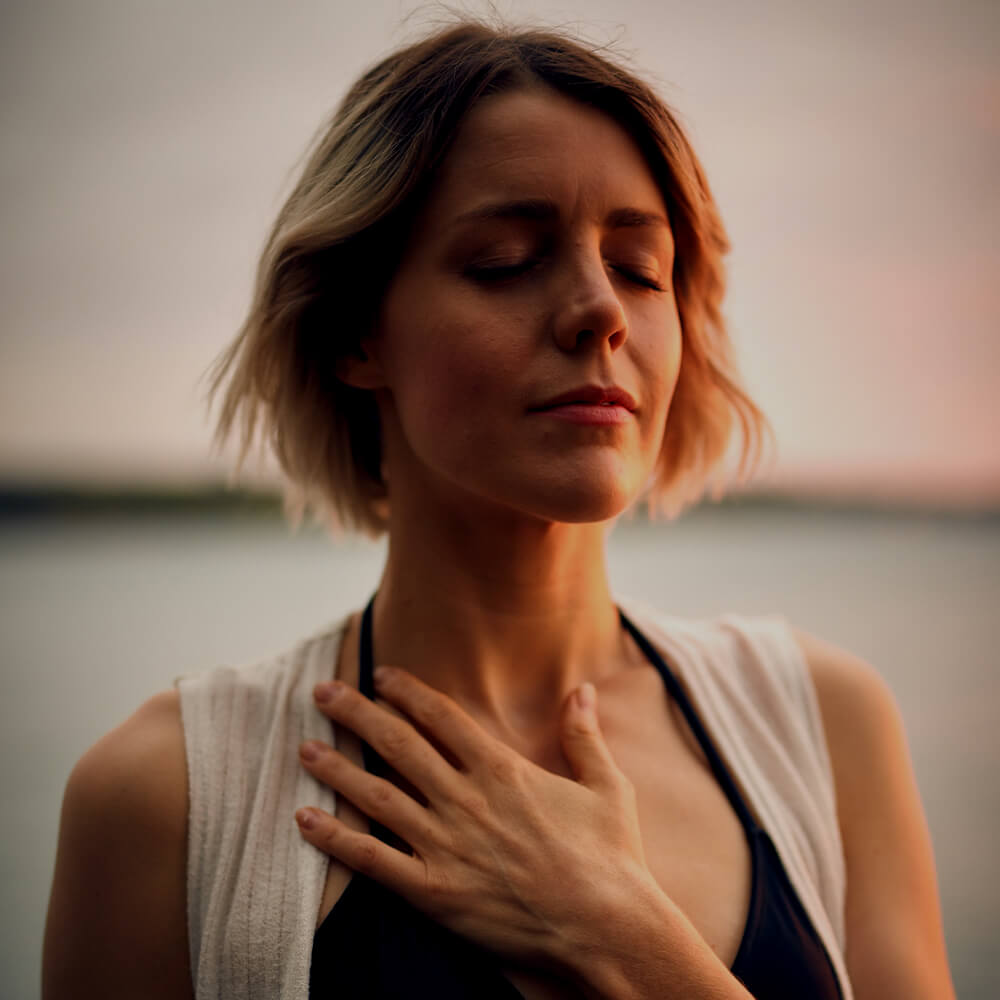 This project aims to investigate the relationship between Autonomous Sensory Meridian Response (ASMR) and binaural sound, in order to explore how the use of this particular immersive technology in this context can be utilised to engage and immerse people.

Specifically, this project aims to investigate how the conventional and binaural sound affect the intensity of ASMR, the ability to become immersed and the wider outcomes related to wellbeing. It will also be established which modality leads to the most pronounced ASMR experience and its associated benefits and whether the social component is necessary to induce ASMR. 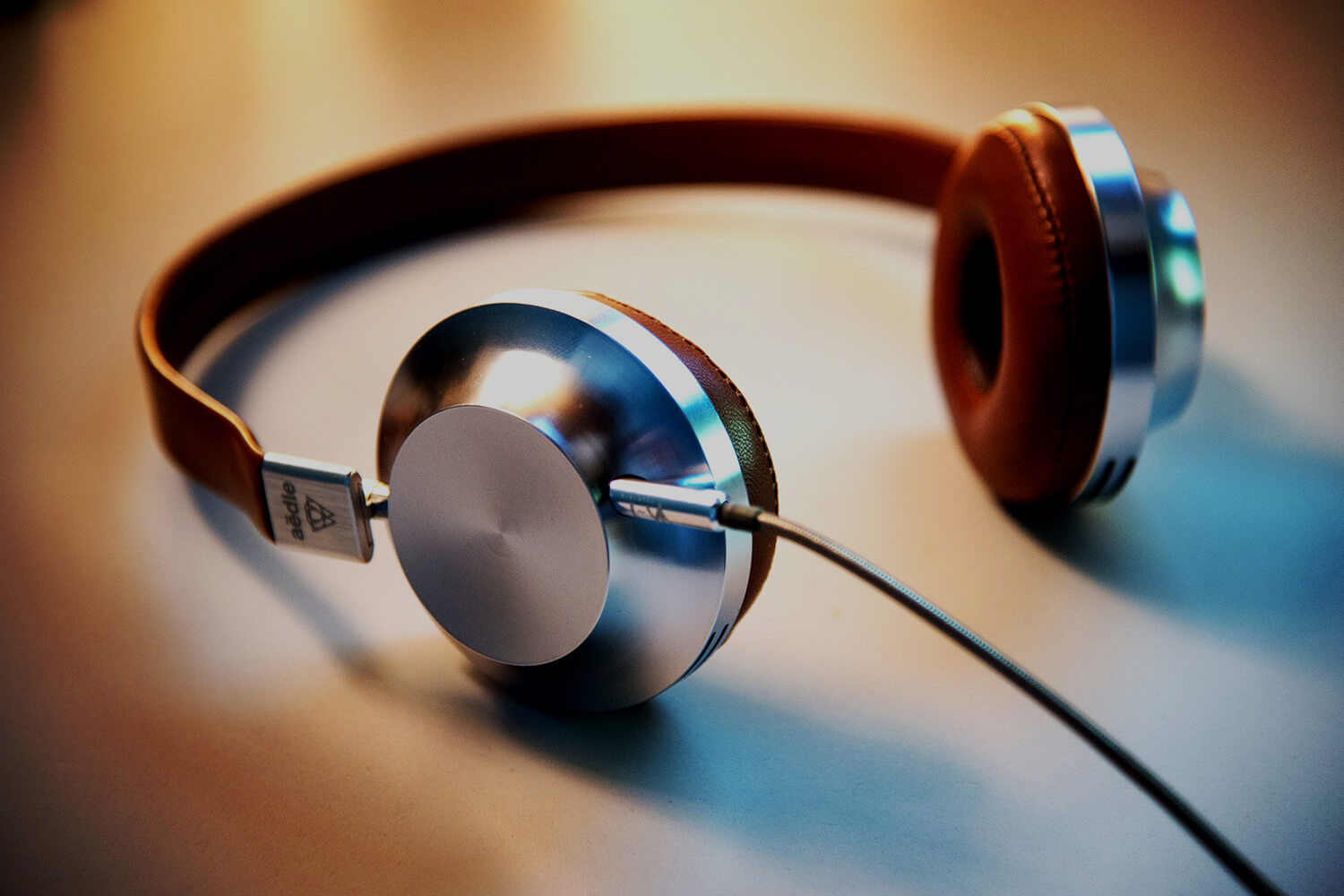 Kaleidoscope Live takes you behind the scenes of the monthly British Journal of Psychiatry column of the same name. It’s four friends, talking about the recent science that made them sit up and take notice. Whether it’s about the brain, mental health, or the human condition, Kaleidoscope Live! will bring you today’s most fascinating research. So, pull up a chair. Let’s talk science.

This project is part of an international multidisciplinary research program on visualising primate comparative histological sections in three dimensions (3D). This will be done using MicroDraw, online collaborative software developed by the team for histological sections, which compared to MRI scans provide much greater detail about brain structure, at a microscopic scale.

The specific project will focus on reconstructing 3D surfaces of brains from digital images of histological stained sections of the brains of endangered primate species, from a brain collection housed in Germany. These 3D surfaces will be used to quantify the surface area of the entire brain as well as one structure in particular: the cerebellum. The cerebellum or “little brain” was long thought to be merely involved in controlling movements, but it has turned out to have big roles in thought and emotion. This will enable us to investigate for the first time the evolution of cerebellum surface in humans and other primates.

The image below shows a 20 micrometer histological section of a gorilla brain in which the cerebrum (green) and cerebellum (red) have been segmented in Microdraw. This is one of hundreds of sections that will be segmented and used in the 3D reconstruction of these brain structures, with the support of the HEQR seed fund. This research project will generate similar data from multiple primate species, enabling us to reconstruct the evolution of these structures in humans. 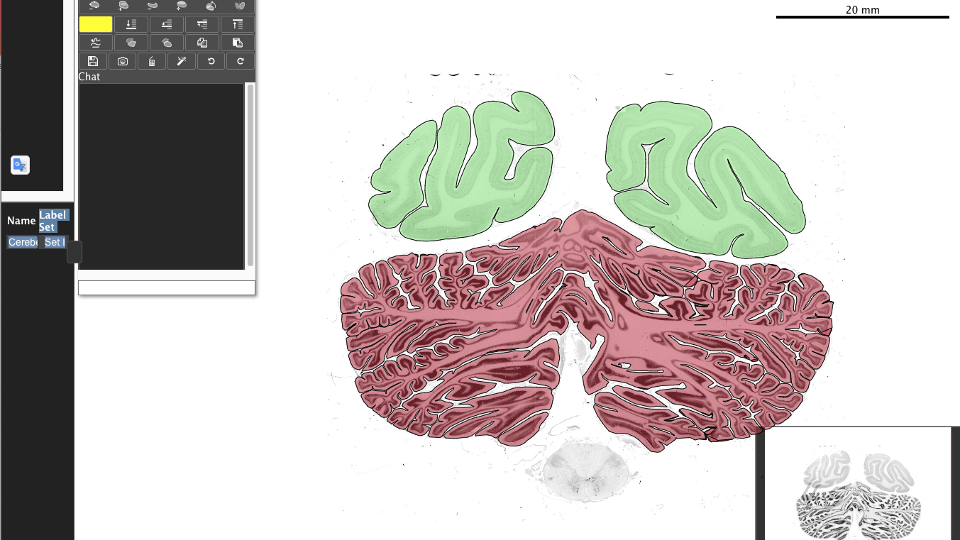 My research will investigate the role of health inequity and health inequality in behaviour change specific to diet. I will initially collect data on individual barriers towards behaviour change, in addition to opinions regarding the government's obesity strategy. I will then use this information to test a novel behavioural training paradigm designed to enhance cognitive control in groups looking to change their eating behaviours.

Persistent fatigue significantly impacts an individual’s personal, occupational and social activities. This project aims to investigate fatigue and cognitive impairments and reduced wellbeing of the post-viral effects that are observed with COVID-19 infections.

In my previous Chronic Fatigue Syndrome (CFS) research, we found that 65% of patient volunteers were either unemployed or on sick leave. Sleep quality is affected, and activity levels lowered. Persistent fatigue is also associated with anxiety and depression together with impairments in attention and memory.

The current research will allow us to identify those most at risk of developing long-term symptoms following recovery from the initial COVID-19 infection. If the findings are similar to CFS, it will provide us with possible management options to aid return to work and inform health and social care policy.

Inside the food bank

This project investigates users’ and volunteers’ experiences of using or volunteering at foodbanks and how these experiences compare with receipt of statutory benefits for foodbank users.

See project publication: 'Why do people use food banks? A qualitative study of food bank users in an English city'.

The Tree of Life (ToL) is a group-based narrative intervention that aims to promote mental health, resilience and a sense of connectedness in individuals who share similar traumatic experiences. The ToL adopts the tree as a metaphor of an individual’s life, including the past (the roots), the present (the trunk), and the hopes for the future (the branches). The intervention consists of seven group sessions, in which participants are asked to discuss ‘their tree’ with the support of ‘creative tools’, such as painting, photography, story-telling and journal writing.

For this study, participants will be individually interviewed before and after the intervention on their experience being HIV positive, as well as their benefits of taking part in ToL. The fieldwork will be carried by Dr. Agata Vitale and Dr. Judy Ryde (she a visiting research fellow at BSU and the director of the Trauma Foundation South West, a charity organization providing support to refugees with have been exposed to multiple levels of trauma).