The book is the culmination of Steele’s sustained research that commenced with doctoral study between 2010 and 2014, along with five years of further research between 2014 and 2019. The book, published by Edinburgh University Press, is an English-language analysis of French-language Belgian cinema, and offers a substantial contribution to Film Studies by drawing distinctions between local, national and transnational frameworks in both representational and industrial terms. In 2015, Steele received a Small Research Support grant from the Society of French Studies, enabling archival research at the Cinémathèque Royale in Brussels, which supported the book’s original critical analysis of filmmaking in an oft-neglected ‘national’ and regional cinema. 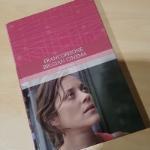 The book draws key distinctions between the local, national, small national, regional and transnational frameworks in both representational and industrial terms. Alongside the Dardenne brothers, this book considers four promising Francophone Belgian filmmakers who have received limited critical attention in academic publications on contemporary European cinema: Joachim Lafosse, Olivier Masset-Depasse, Lucas Belvaux and Bouli Lanners. Exploring these filmmakers’ themes of post-industrialism, paternalism, the fractured nuclear family and spatial dynamics, as well as their work in the more commercial road movie and polar genres, Jamie Steele analyses their stylistic continuities and filiation. This is complemented by an analysis of how the industrial aspects of film production, distribution and exhibition contribute to the creation of both a regional and transnational cinema.

Francophone Belgian Cinema can be purchased from the Edinburgh University Press.